The concrete mixer truck is mainly composed of a chassis, a mixing drum, a transmission system (drive device), a hydraulic drive system, a water supply system, a loading and unloading system, a discharge chute, an operation platform, a control system and protective equipment.

Control system: It is the control part of the whole mixer truck. The control panel is equipped with an "I-shaped" groove, which is the movable space of the joystick; and the slot in the rear half is opened to fix the position of the joystick. The control system controls the forward, reverse and rotational speed of the mixing drum through the left and right joysticks at the rear of the vehicle to complete the loading and unloading and the stirring action. 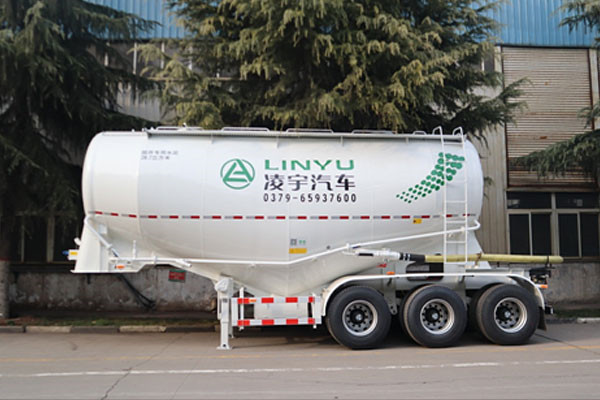 4. During the winter construction, it should be done: check whether it is frozen before starting the machine; carefully remove the residual water in the mixing tank and the water supply system when the work is off, turn off the water pump switch, and put the control handle in the “stop” position.

5. After the material is discharged at the construction site, the hopper, the discharge hopper, the discharge chute, etc. should be flushed with the hose provided by the mixer to remove the sludge and concrete adhering to the body. On the way back to the mixing station, 150---200L of water should be injected into the mixing drum to clean the concrete residue bound by the wall and the blade.

6. After the work is finished every day, the driver should be responsible for injecting clean water into the mixing drum and rotating it at high speed (14-18 rpm) for 5-10 minutes, then draining the water to ensure the inside of the cylinder is clean. When cleaning the various parts of the mixing drum with high-pressure water, care should be taken to avoid the instrument and the joystick. The distance between the pressure water nozzle and the paint surface of the body shall not be less than 40 cm.

7. When removing the dirt and residual concrete slag inside and outside the mixing drum, and when the mechanics enter the cylinder for maintenance and repair work, the engine should be turned off first, so that the mixing drum stops completely. During the work of the mechanics entering the cylinder, it must be ensured that the mixing tank is well ventilated, the air is fresh, there is no gas and harmful dust, and the oxygen supply is sufficient (no pure oxygen is used). The operator must have good insulation protection when operating with a power tool in the barrel.

8. When working, do not put your hand into the rotating mixing drum. It is strictly forbidden to reach into the joint of the main discharge chute and the extended discharge chute to avoid accidents.

9. The wear of the mixing blades should be checked regularly and repaired and replaced in time.

10. Implement all relevant safety practices. The driver of the concrete mixer truck must be professionally trained, and those who do not have a certificate are not allowed to work.

How is the cement tanker working and unloading and the structural principle?