Because the problem of difficult parking in cities has long existed, and urban land is increasingly scarce and tense, how to solve the problem and save land has become a breakthrough direction for technology companies.

Recently, the news that CIMC undertook to build the world's largest robot parking lot has attracted widespread attention from the society, and opened up market imagination for the AGV robot parking lot.

In the first half of the year, the amount of financing in the AGV industry exceeded 4 billion

In recent years, as the demand for intelligent upgrades in the manufacturing industry has continued to heat up, the AGV industry has also ushered in development. From 2017 to 2019, mobile robots, regardless of the number of financing cases or industry enthusiasm, can be described as one of the outlets of the robotics industry. In 2019, there were 13 financing incidents in this field, and financing amounted to nearly 1.8 billion yuan.

In terms of specific companies, Syrius Torch has received more than 10 million U.S. dollars in A+ round of financing as early as January 2020, and this round is led by Sequoia Capital China Fund.

From the perspective of market sales, South China, East China, and North China are the main regions for mobile robot application demand in the first half of this year. The development of new energy, construction machinery and other industries has strong market demand, which drives corporate performance, such as the performance of Lingongzhike in the first half of this year It is almost the whole year of 2020. 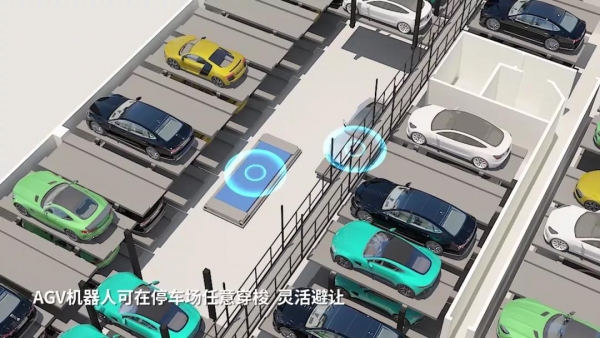 In the first half of this year alone, the AGV industry has raised more than 4 billion yuan. Many Internet giants such as ByteDance and Tencent have entered into smart logistics. According to the forecast of the China Business Industry Research Institute, the market size in 2021 will reach 647.7 billion yuan. In addition, industry insiders expect that the trillion-dollar breakthrough in the next few years is also expected.

Not only the injection of capital, but the national level also attaches great importance to it. In recent years, the state has issued a series of encouraging policies: accelerating the development of the intelligent logistics industry, actively promoting the application of emerging technologies and intelligent equipment, and improving the automation and intelligent level of logistics links such as warehousing, transportation, and distribution. The "Fourteenth Five-Year Plan for Intelligent Manufacturing Development" promulgated this year emphasizes the promotion of in-depth linkage between the logistics industry and the manufacturing industry.

Since the beginning of this year, the AGV industry has been enthusiastic:

According to statistics from the New Strategic Mobile Robot Industry Research Institute and data from the China Mobile Robot (AGV/AMR) Industry Alliance, in the third quarter of 2021, there were 13 financing events in the mobile robot industry in China, with a total financing of more than 3 billion. Most of the enterprise products are mainly focused on Applied in the industrial field.

From the perspective of capital investment, the financing amount of most companies in the third quarter exceeded 100 million yuan. It can be clearly seen that capital investment in the mobile robot track is continuously increasing.

Moreover, the good news of the industry has been constantly:

Financial commentator Zhang Peng believes that the AGV industry is a relatively mature industry. As the world's number one online retailer, Amazon has been exploring the application of robotics in warehouses very early. Since the acquisition of KivaSystems for nearly 9 years, Amazon has been using robotics. Up to now, about 350,000 robots with driving devices have been deployed on the warehouse production line. CIMC's entry into this market is actually a good opportunity.

Judging from public information, CIMC is the first domestic leader to enter the three-dimensional parking industry. So, is the AGV robot parking lot worth continuing to invest and expand?

Zhang Peng believes that the AGV robot parking lot is the outlet, especially for companies that already have industry experience and technology, it is necessary to go with the wind. Last year, when national leaders attended the 27th APEC Informal Leadership Meeting in Beijing by video, they mentioned that “digital economy is the future development direction of the world, and innovation is the wings of the Asia-Pacific economy.

On the one hand, there is market demand, and on the other hand, there is a national call. The AGV robot parking lot can make up for the shortcomings of the lack of new energy charging equipment during the construction process, which is a win-win direction for all parties. 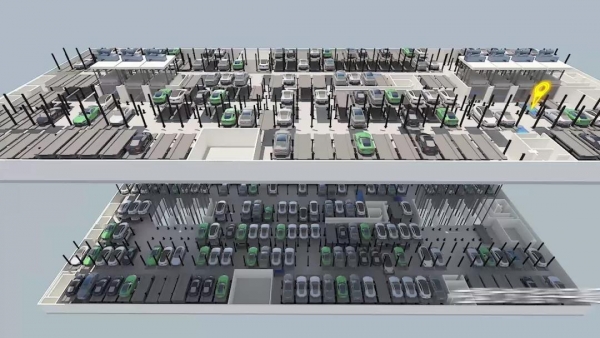 At the city level, the AGV robot parking lot means that less land is needed to build a parking lot, and the vacancy rate is expected to decrease. This solves a headache for decision makers and planners in cities, especially large cities.

The land saved by the construction of the AGV robot parking lot is a huge amount of money, which is of great significance to the local government, and can effectively alleviate the problems of insufficient land reserves and insufficient infrastructure funds in some cities.

The first- and second-tier cities in mainland China are facing the problem of insufficient parking spaces in central urban areas, which has even affected the investment promotion and normal operation of enterprises in some parks. The government and developers have been talking about urban renewal, and there is actually a problem of parking lot renewal.

Some people in the industry believe that "parking lot renewal" can be regarded as a sub-concept of urban renewal, which is a direction that the industry is going to push forward, and it needs to be elaborated on different occasions. An enterprise group like CIMC has a brand and technology, and as the first intelligent three-dimensional garage in China, it has independent intellectual property rights. It has the first number of approved technology invention patents and has the opportunity to bring its own technology and market. Maximum integration together.

From this point of view, CIMC’s construction of the world’s largest robot parking lot not only demonstrates its technical strength, but also accelerates the advancement of large enterprises in the direction of AGV track and digital infrastructure. There will be more and more enterprises in the future. And funds are pouring into this track, but the advantages of large enterprises will become more and more prominent due to technological accumulation, capital, and brand reasons.

Do you like a model of strength in the energy age?