Suddenly, like a cold wave in one night, thousands of trees and snowflakes bloom. As the temperature drops, the first snow has "arrived" in many parts of the country 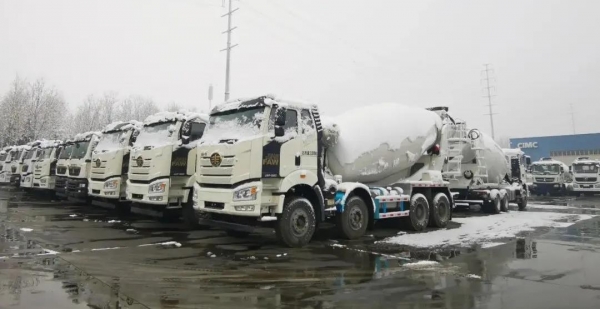 (1) Pay attention to the driving distance. The road is slippery on snowy days, and the braking distance increases. Remember to keep a safe distance from the vehicle in front. Avoid sharp turns, sudden braking, etc. 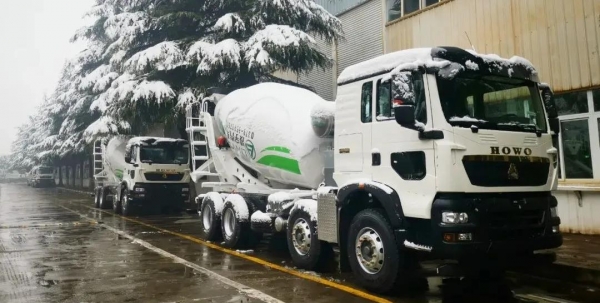 (4) Do not blindly accelerate, which will cause the weight to shift from one end of the mixer to the other due to the action of the differential, causing the mixer to slide sideways.

(6) Control the speed and direction. Improper handling during cornering will often lead to understeering or oversteering and tail flicking. Properly return the steering wheel and decelerate to regain enough adhesion to turn around the corner.

(7) Clean the water in the water tank and flushing water pipe every night to avoid freezing!

There are thirty-six strategies for traveling in snow, and it is the best strategy to remind card friends: although making money is important, when encountering severe weather such as snowfall and heavy fog, try to avoid going to more complicated road sections. After all, safety is the biggest wealth!