Garbage trucks are usually mainly used in municipal sanitation, large factories and mines, used to transport all kinds of garbage, suitable for transporting domestic garbage in the community, and can compress and crush the loaded garbage to increase its density and shrink its volume, greatly improving Efficiency of garbage collection and transportation. The new garbage truck has the characteristics of reliable quality, low failure rate, easy maintenance and low operating cost. 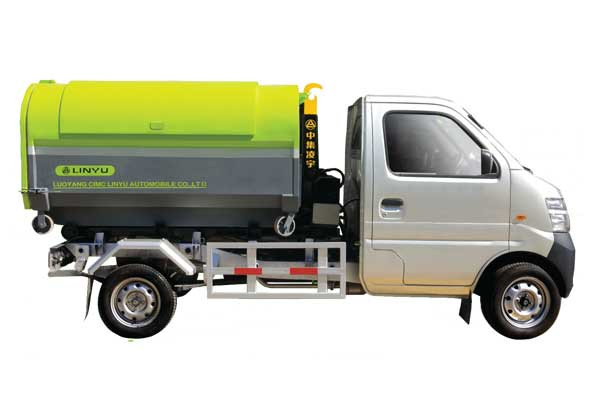 The garbage bin is welded with reinforced beams and steel plates to form a solid frame structure. The bottom surface is a concave plane, and the side and top surfaces are arc curved surfaces. It has a beautiful appearance, light weight, good force, and no deformation; The structure is not only light and compact, but also can distribute the garbage evenly, and the discharge is clean and complete; the loader is mainly composed of the loader shell, slide plate, scraper and other components, and each component adopts a beam or box structure with good force , Firm structure and light weight; 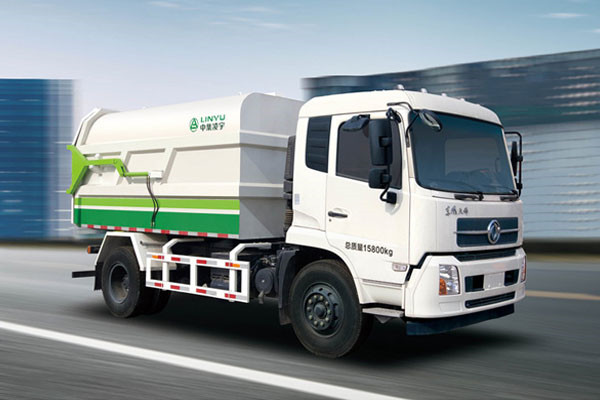 In the hydraulic system of the lifting loader, an explosion-proof valve is provided, which cuts off the direct connection between the lifting cylinder and the hydraulic hose. Even if the oil pipe bursts, the loader will not suddenly fall and cause a vicious accident, which improves the use of safety;

The work of each agency has two operation modes, automatic and manual. If the automatic operation fails, manual operation can be used to complete the operation of the organization and the garbage is discharged, which not only ensures the efficient work of the garbage truck, but also provides debugging, maintenance and fault handling. Great convenience;

Engine power output control, that is, throttle control, can be fully automated through the electrical system to meet the power requirements of the garbage pressure filling cycle and pushing and discharging. Under other operating conditions, the engine is automatically in the idle state, which can reduce power loss and failure Incidence rate, reduce fuel consumption, and improve the economics of use;

Imported PLC (Programmable Logic Controller) integrated control is adopted, and the control circuit is generated in the PLC. The logic circuit is used to ensure that each operation instruction is executed in sequence, and at the same time, the operation instructions are interlocked. Only the external line is connected to reduce the occurrence of failure Rate, avoiding accidents caused by misoperation and improving reliability; the specially set emergency brake button can stop the garbage pressure filling mechanism in any state or any position, and ensure the safety of operators and equipment;

The key components of electrical and hydraulic systems are imported components, such as PLC, proximity switches, buttons, cylinder seals, etc., which improves the reliability of garbage trucks;

What are the differences between garbage compression trucks and ordinary garbage trucks?