In May of this year, the domestic heavy-duty truck market began to see an inflection point, from rising to falling. In the past June, the heavy-duty truck market continued to be sluggish, and the industry’s sales were finally set at 148,000 units, a decrease of 21,000 units from the same period last year, a year-on-year decline of 13% and a month-on-month decline of 9%.

After June, the data for the first half of my country's heavy truck market was released. The total sales volume was about 1.035 million vehicles, a year-on-year increase of 27%. It seems that the growth rate is very high, but compared with the 38% increase in January-May, the growth rate has narrowed by 11 Percentage points, and there is a continuing downward trend, the situation is not optimistic. It can be said that the "winter" of the heavy truck market may have arrived. 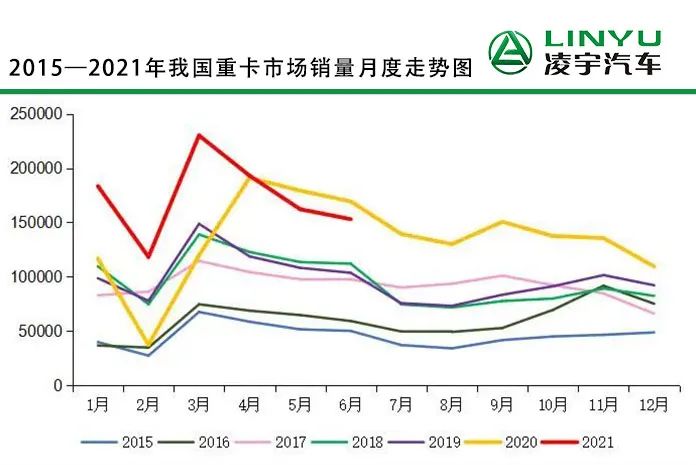 There are signs of the market's decline.

In the last two months of the second quarter, due to environmental protection restrictions, insufficient supply of goods, fewer vehicles, low freight rates, insufficient infrastructure projects and other factors, the logistics and transportation industries were both sluggish, resulting in a rapid decline in the demand for heavy truck terminals. The actual sales of terminals are rapidly decreasing. 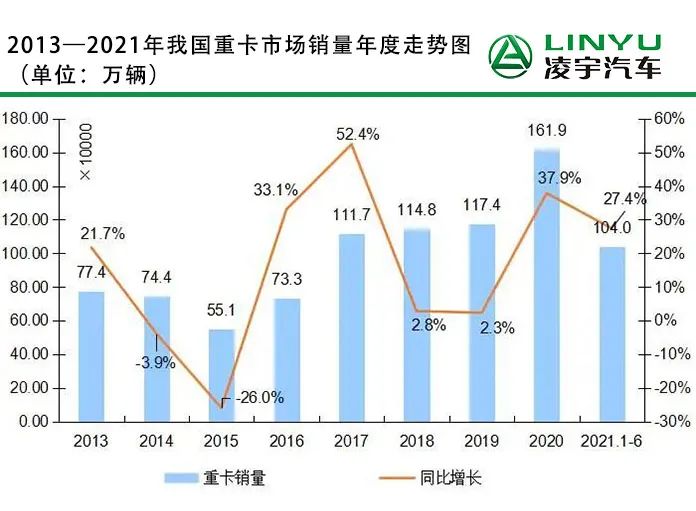 In accordance with the requirements of regulations and policies, the National VI emission standards for diesel vehicles will be implemented nationwide from July 1. This regulation has stimulated heavy truck companies to crazily seize the market in the first half of the year and focus their efforts on production and sales channels, resulting in the national fifth heavy truck hoarding as high as 30 Million vehicles. It is conceivable that in the next few months, major heavy-duty truck companies and dealers will inevitably focus on "digesting" the National V vehicles that have been invoiced in advance, and the sales of new vehicles will drop sharply compared to the same period last year. 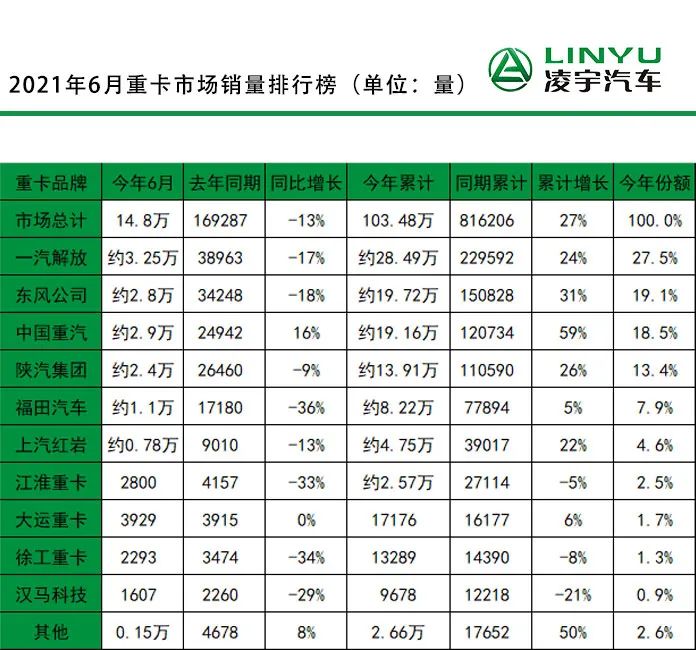 In June, the heavy-duty truck market declined as a whole, and the sales of various mainstream companies also "declined." FAW Jiefang continued to maintain its leading position, with sales of 32,500 vehicles; China National Heavy Duty Truck was ranked second in the industry and was the only company in the top ten to increase its sales volume by 16% year-on-year. In addition, Dayun heavy truck sales jumped to seventh place, basically flat year-on-year. 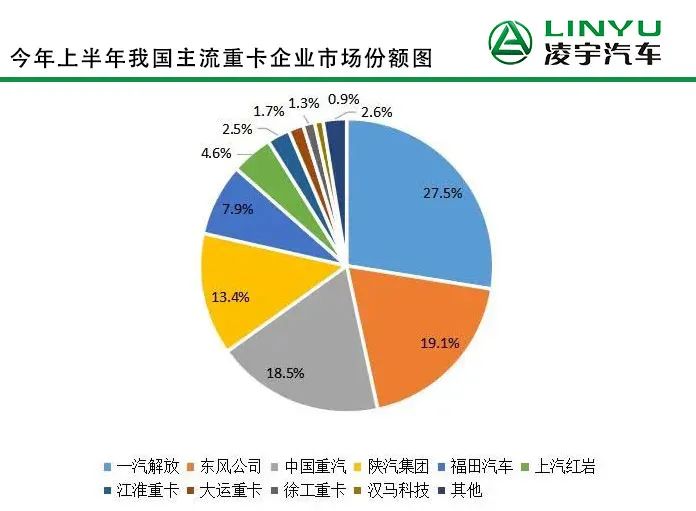 FAW Jiefang continued to maintain its leading position. In June, it sold about 32,500 heavy trucks. In the first half of this year, the cumulative sales of Jiefang heavy trucks were 284,900, a year-on-year increase of 24% and a market share of 27.5%. 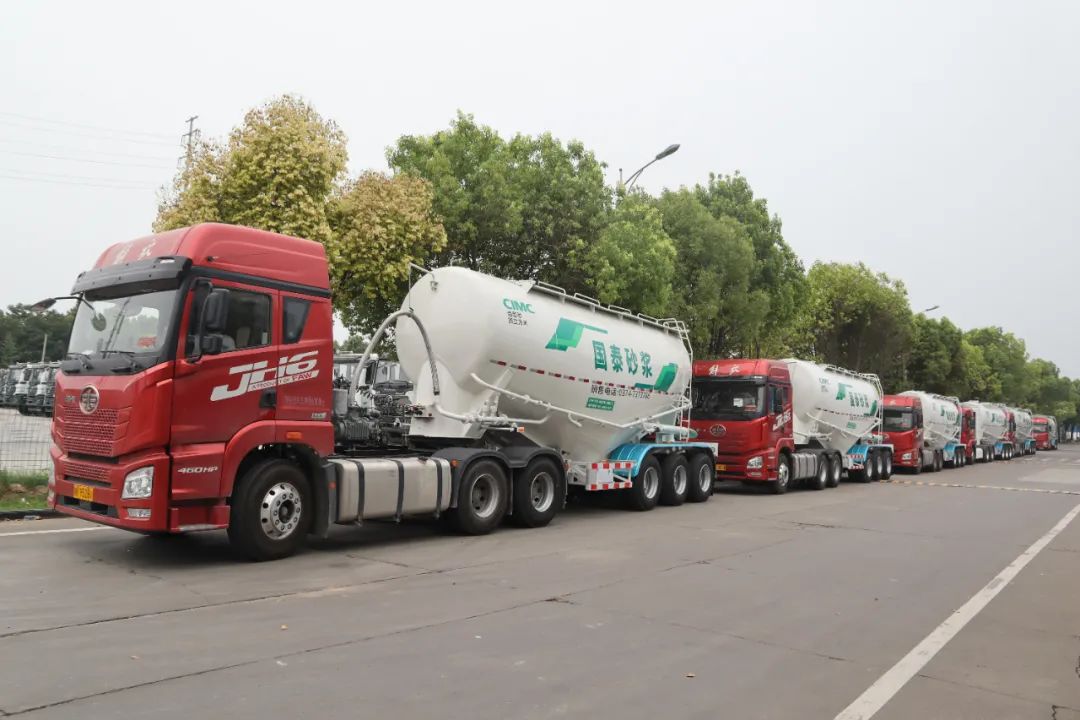 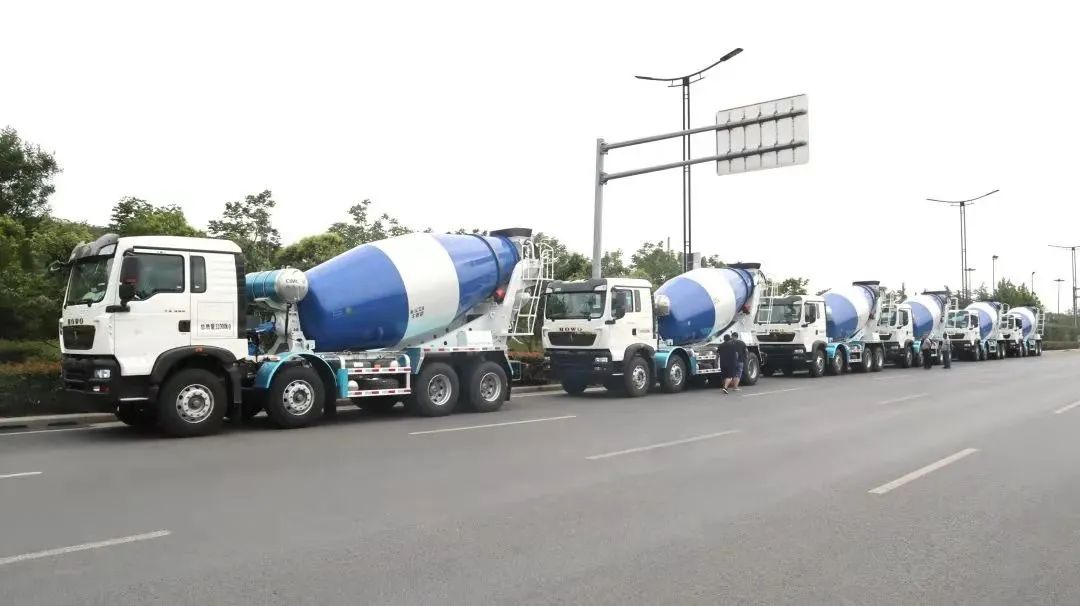 The third place, Dongfeng heavy truck, delivered about 28,000 vehicles in June; in the first half of this year, Dongfeng Company sold a total of 197,200 heavy trucks, up 31% year-on-year, and had a market share of 19.1%. The cumulative sales volume is still the industry leader. two. 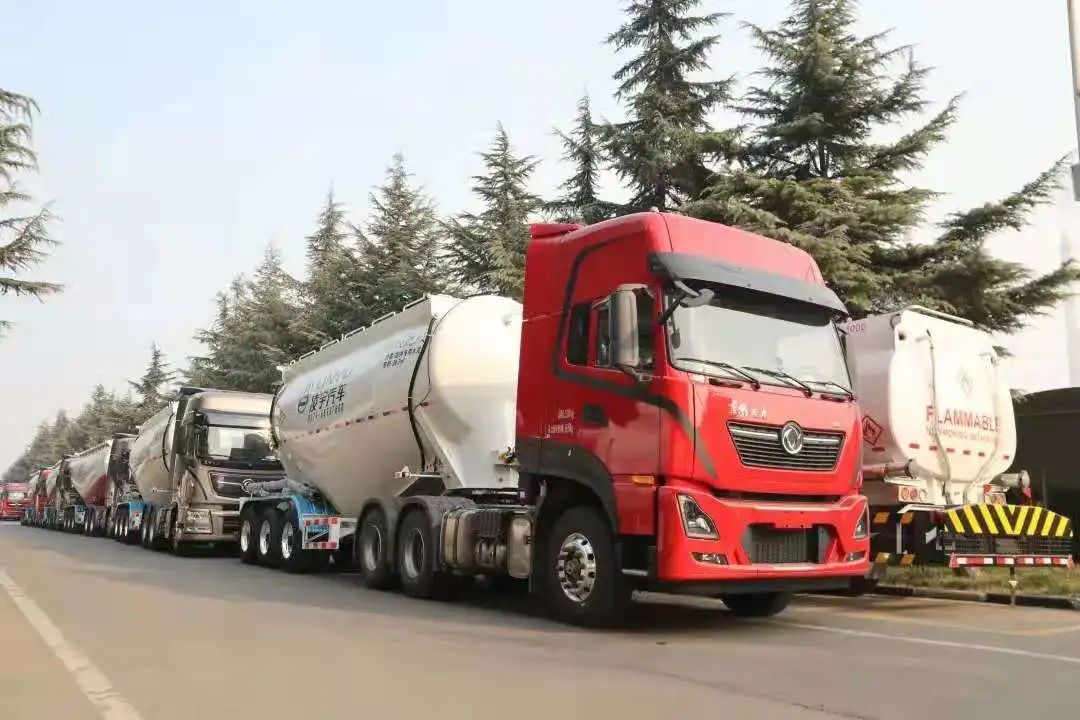 Shaanxi Automobile Group sold approximately 24,000 heavy-duty trucks in June, maintaining the top four in the industry. From January to June this year, the cumulative sales of heavy-duty trucks totaled 139,100, a year-on-year increase of 26% and a market share of 13.4%. 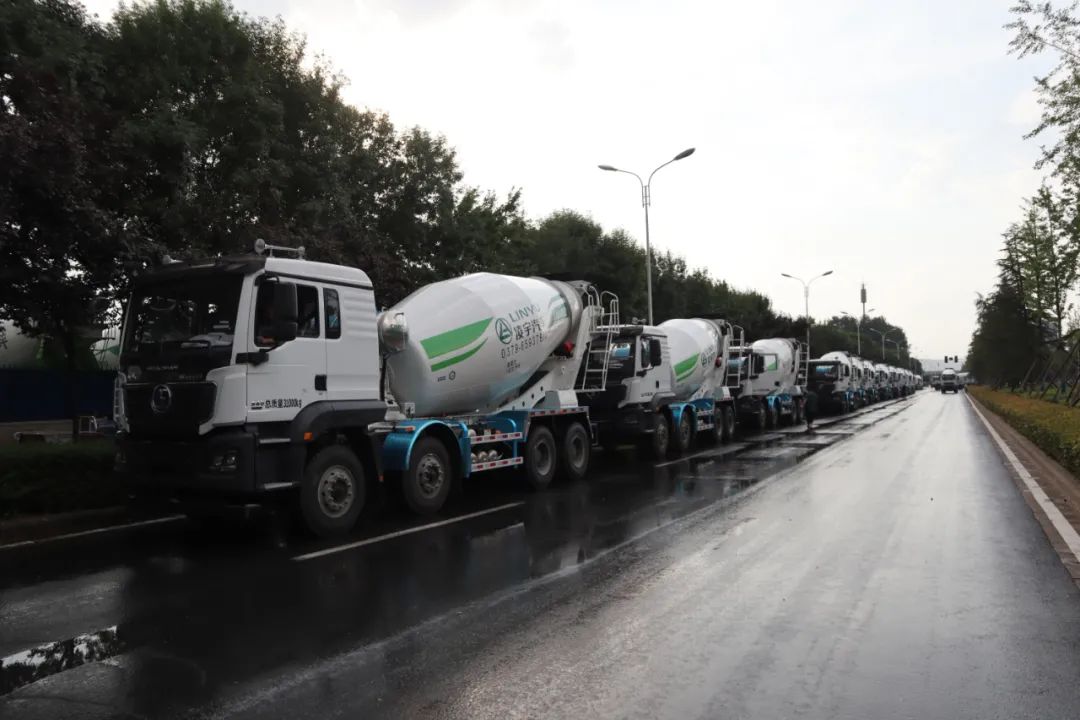 Foton Motor sold about 11,000 heavy trucks in June this year, ranking fifth in the industry. Its sales in the first half of the year increased by 5% year-on-year to 82,200, and its market share was about 7.9%. 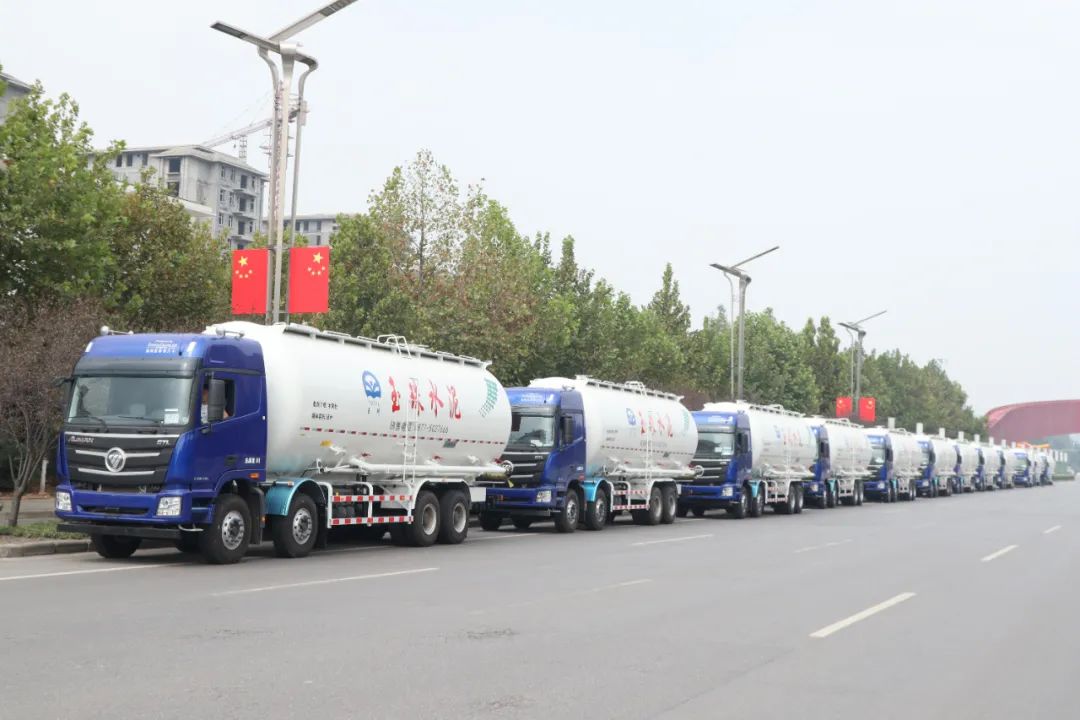 SAIC Hongyan sold nearly 8,000 heavy trucks in June, steadily maintaining its sixth position in the industry. From January to June this year, Hongyan sold 47,500 heavy trucks, an increase of 22% year-on-year, with a market share of 4.6%. 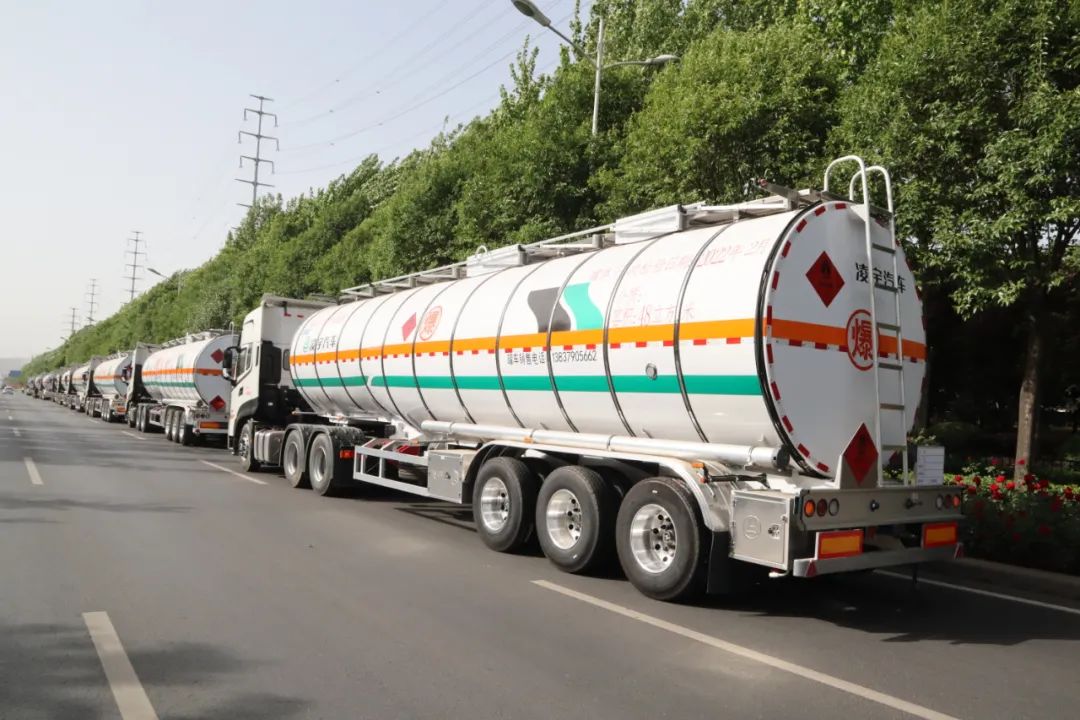 Jianghuai Automobile sold about 2,800 heavy trucks in June this year, and accumulated sales of 25,700 from January to June, with a market share of 2.5%. Dayun heavy trucks sold 3,929 vehicles in June, and their monthly sales jumped to the seventh place in the industry. In the first half of the year, they sold 17,200 vehicles, a year-on-year increase of 6%, and had a market share of 1.7%. Cumulative sales remained the eighth in the industry.

In the first half of this year, the cumulative sales volume of my country's heavy truck market exceeded the million mark. However, in the past two months, due to a series of reasons, the heavy truck market has ushered in a continuous decline, and it is foreseeable that the heavy truck market will continue to decline in the next quarter. It may even usher in a "half cut" situation, with sales falling by more than 50% year-on-year. With the arrival of the "cold winter" in the market, how will major manufacturers break the situation? We will wait and see.

TA, a "can" is reliable! Analysis of performance advantages of concrete mixer truck

If Linyu Automobile kicks into the European Cup...